When To Ask A Professional About Electrical Repair Solutions

Over the life of any building, it will eventually have electrical repair needs. Not every situation immediately jumps out as a problem or one that requires the attention of a professional. However, you should ask for help if you see any of these three indications something's up with an electrical system.

This might happen occasionally due to potential issues with the local electrical grid. However, you shouldn't see visible shifts in the lights in a home or business all the time. That is especially true if something else starts to draw lows of power. If you see the lights dim whenever the washer comes on, for example, that's a sign the electrical system in the building is having some issues.

The worst possibility is that the system will eventually overload. It is better to solve the problem when you first see trouble rather than letting it linger until something fails.

You may be able to explain why your electricity usage is going up. Perhaps you've added a high-consumption device. However, most modern appliances and electronics are fairly reasonable in their consumption. Short of adding something big, such as a large air conditioner, you shouldn't see a major uptick.

Struggling electrical systems can overcompensate by pulling more juice. This can happen even if the system doesn't fail. If you're seeing unexplained increases in consumption, you should ask a professional to check it out and propose some electrical repair solutions.

The breaker system in an electrical panel is there to protect people, property, and the overall system. A breaker can trip from time to time through normal usage, and that's rarely a cause for concern. However, you shouldn't need to reset a breaker anywhere in a building more than a couple of times in a year at the most. If the breakers are flipping more regularly than that, talk with an electrical repair contractor immediately.

A similar logic applies to the need to reset ground faults. These are smaller systems attached to electrical outlets, and they help to contain failures in one area. If an outlet regularly trips the ground fault without an obvious explanation, such as water exposure, it's a problem. Many failing outdoor ground faults trip regularly during rainstorms or even high humidity. This is a sign that water is getting into the components, and a technician should address the problem ASAP. 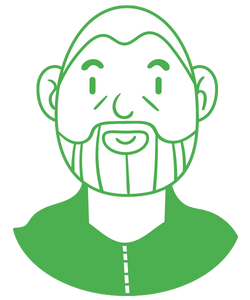 One of the great things about electrical setups is that almost anyone can engage in simple electrical repairs if you spend your time learning about it. With the proper knowledge and training, you can switch out your face plates, install a new outlet, or change out your light fixtures. At Buy Electrical Supplies, we aim to give you how to make electrical repairs and upgrades to your space and help you learn what tools you need to make those repairs and upgrades. We also aim to help you determine when you can take on any electrical job on your own and when you should bring in someone else to assist.